Last week we took a look at three of the most impressive phones on the market. Those phones all cost a pretty penny. Not that you will get a new smartphone for a song, but it’s just not feasible for most people to drop over a thousand bucks on a new smartphone. Most cellular carriers make it palatable by allowing people to finance the phones as a part of their monthly cellular service, but if you are looking for a strong device that comes in under $500, here are three good options.

Google has re-established themselves as a player in the flagship smartphone space with their new Google Pixel 6-model phones with a new silicon offering, Tensor. Before they released that phone, however, they decided to release what is seemingly a copy of their last smartphone, the Pixel 4a, to act as their mid-range offering. The Pixel 5a, then, is that device.

Built on an aluminum frame with a brushed aluminum back and Gorilla Glass 6 front, the Pixel 5a features a 6.34-inch 1,080 x 2,400 pixel OLED display. Instead of Google’s new Tensor chip, the 5a runs on a Qualcomm Snapdragon 765G with 6GB of RAM and 128 GB of onboard storage. These specs are almost identical to the Pixel 4a’s, but for a mid-range smartphone it has enough speed and capability to do about anything you need it to.

The camera setup is still extremely impressive—as it has been on every Pixel smartphone to date. The marriage of Google’s stock Android OS (now to Android 12) and the Pixel 5a’s 12.2 MP wide-angle lens and 16MP ultrawide angle lens takes some of the best pictures you can get on a mid-tier smartphone. The front-facing lens is a 8 MP wide-angle offering.

The biggest improvement Google has made over the Pixel 4a is in the battery. This time around the Pixel 5a, has a 4,680 mAh battery that features a 122 hour endurance rating and 18W fast charging. It also features a rear-mounted fingerprint sensor and IP67 dust and water resistance. Available in only one color (mostly black) the Pixel 5a is available for $449 from the Google store.

When breaking down Samsung’s A-series devices, it can get pretty confusing. For example, Samsung offers the Galaxy A72, which would rationally be an upgrade over last year’s A71, right? The thing is, that there is no 5G capability in the new A72. The only new mid-range model Samsung gave 5G capability this year was the A52s 5G, which in its own right is a great mid-range phone, but if all is equal the A71 5G brings the most value to the table at the current time. This is because they are very similar phones and the Galaxy A71 5G can be had for about a hundred bucks less.

The A71 5G is built on an aluminum frame with a plastic back and Gorilla Glass 3 on the front. Its 6.7-inch Super AMOLED Plus display features a 1,080 x 2,400 resolution. The device runs on an Exynos 980 chipset and features 6 or 8 GB of RAM, depending on the model you choose. Both options come with 126 GB of onboard storage and a microSDXC slot for expandable storage. Out of the box it runs on Samsung’s One UI 3.0 operating system which is on top of Android 10, but upgrades to both have it running Android 11 and One UI 3.2.

One place where the A71 5G shows its value is in the camera. There are four rear-facing lenses: a 64 MP wide-angle lens, a 12 MP ultrawide lens, a 5 MP macro and a 5MP depth sensor. The front-facing camera is a 32 MP wide-angle lens.

The Galaxy A71 5G is obviously 5G capable and comes with a better-than-average 4500 mAh battery and 25W fast charging. For security, the device has an optical in-display fingerprint sensor. Available in Prism Cube Black, Prism Cube Silver, and Prism Cube Blue, the Samsung Galaxy A71 5G can be found online for about $250-to-$350.

Motorola has long made solid Android devices and the 2022 version of the Motorola Moto G Power is no exception. Built on a hard plastic frame with a plastic back and glass front, the Moto G Power doesn’t have the build quality of the other two devices on this list, but what it lacks in that arena it makes up for in value.

The Moto G Power features a 6.6-inch IPS LCD, 90 hertz display with 720 x 1,600 resolution. It runs Android 11 on a Qualcomm Snapdragon 662 chipset. It features 4 GB of RAM and either 64 GB or 128 GB of onboard storage. If these specs seem low, consider that for the price (around $200), you won’t get a better internal configuration for the money.

The camera setup of the Moto G Power is simple but powerful with a 48 MP wide-angle camera and two 2 MP sensors for depth and macro resolution. The front-facing camera is an 8 MP wide-angle lens.

The big value here is the battery. With a 5,000 mAh battery and 10W fast charging, the Moto G Power stands up to its name, giving users over 130 hours of endurance for under $200. It has a side-mounted fingerprint sensor for security and a water-repellent coating. Available in Flash Gray and Polar Silver, the Motorola G Power is an inexpensive phone that checks most of the boxes users are looking for.

When looking to get value from your next phone purchase, we’d be remiss not to mention that if you purchase an old flagship, you may get more value than purchasing a new phone outright. Sure, you may pay upwards of $500 for a flagship phone that is a year old, but it is literally half the price of purchasing a new one.

You can also get a lot of value by buying this year’s flagship model that isn’t the top notch option. For example Apple’s iPhone 13 is much cheaper than the iPhone 13 Pro Max and the Google Pixel 6 with their new Tensor chip is a venerable steal at only $599. Either way, finding value in your phone is not all that difficult if you don’t feel like paying over $1,000 (or an extra $50 a month in your monthly phone bill) for the latest and the greatest smartphone.

We’ll wrap up our annual smartphone series with a look at the foldable phones and new form factors that have the potential to change the way we work and play. Check back next week and don’t hesitate to leave your thoughts in the comments section below. 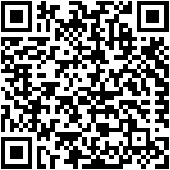